The Supreme body of this organisation is the General Assembly which is termed as "Annual General Meeting" (AGM). The another body under AGM is the Executive Committee which is constituted with the elected President, Immediate Past President, and 9 elected members and 3 nominated members (by the president) in every two years. A maximum of 2 members will be nominated from NICCI Chapters. The office bearers are nominated by the President from among the elected and nominated members. This body is responsible for making major policy decision and for organizing programs and plans for the year. In order to make NICCI activities and decisions swift, a Steering Committee of Office Bearers has been formed. There are several committees to address the problems and issues of member organizations, and to solve the impediments in Nepal India trade. The Director and his or her subordinates carry out the decisions and plans of the Executive Committee, Steering Committee and other committees. 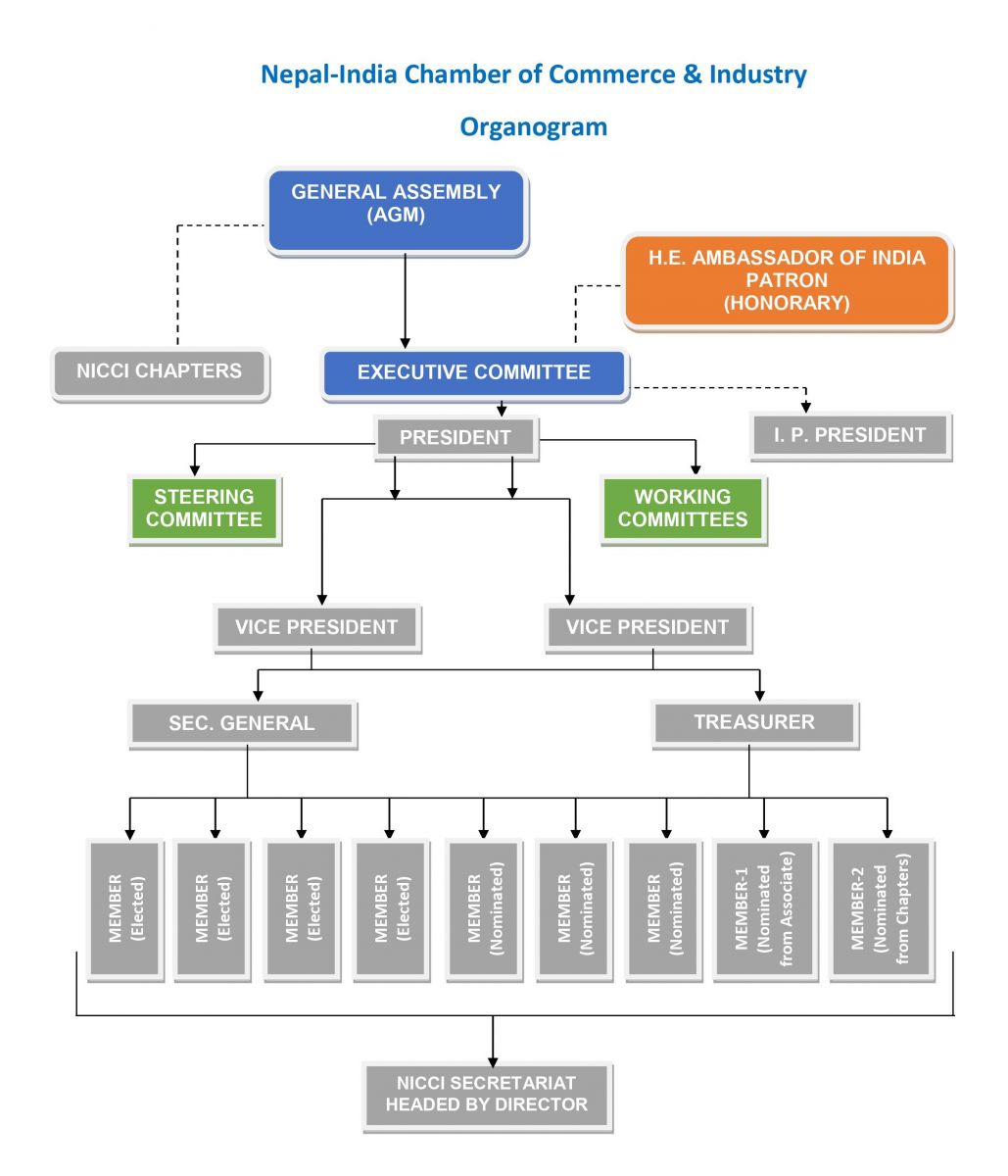